Are you looking to read reviews about the new Greek restaurant that opened up down the street? Google it. In an argument about who drove in the final runs in the Red Sox’s 2004 world series run? Google is right there to let you know it was Trot Nixon. While most of us use Google for seemingly trivial purposes, (I know Sox fans, ’04 was anything BUT trivial in your eyes) researchers at Children’s Hospital Boston are using the powerful search engine to fight disease.

A team from the Children’s Hospital Informatics Program (CHIP), led by John Brownstein, PhD, put their heads together with people from Google and found that web-based search data is a great info sharing source for citizens and public health officials alike. With this in mind, the team recently turned their attention towards tracking outbreaks of dengue, a mosquito-borne virus affecting 500 million people living in tropical parts of the globe. To help accurately record dengue outbreaks as they occur, CHIP and Google have created an online tool called Denguetrends, which collects information on dengue activity as it occurs in real time. The advantage of this type of data aggregation is that it warns people when dengue is being reported in their area and gives public health officials the chance to immediately respond to outbreaks as they happen, instead of waiting for data to be collected and processed. Its creators hope the tool will lead to faster response times and more efficient management of dengue outbreaks.

“By using search data, we’re tapping into a freely-available, instant dataset that can be gathered, analyzed and released much more quickly and at much lower effort and cost than through traditional national surveillance and reporting programs,” said Brownstein, director of the Computational Epidemiology Group in CHIP. “The kind of information the tool provides can help direct public health officials target interventions aimed at mosquito control and disease prevention, such as education campaigns, as early as possible.” END_OF_DOCUMENT_TOKEN_TO_BE_REPLACED

H1N1 and seasonal influenza beware – new heroes have arrived, ready to defend the population and fight a viral battle, via Facebook, in the form of ‘Flu Fighters!’

Developed by researchers at Children’s Hospital Boston, in collaboration with the Department of Health and Human Services (HHS), a new Facebook application called “I’m a Flu Fighter!” gives you the opportunity to mobilize and take action against the threat of influenza – by telling your friends that you got the H1N1/seasonal flu vaccine and encouraging them to do the same. Launching as part of National Influenza Vaccination Week, the app also provides information on influenza – including a flu vaccine locator – courtesy of HHS’s Flu.gov.

The app is garnering high profile attention and was even plugged on the White House blog on Saturday by Secretary of Health and Human Services, Kathleen Sebelius. END_OF_DOCUMENT_TOKEN_TO_BE_REPLACED

Third on the list of the Huffington Post’s Top 10 Medical Research Trends to Watch in 2010, is “the Health Internet,” the brain child of Isaac Kohane and Ken Mandl, from Children’s Hospital Informatics Program (CHIP).

Last fall, a group of leading thinkers and entrepreneurs from a variety of sectors gathered to discuss an idea that originated with Harvard’s Isaac Kohane and Ken Mandl — the development of an “iPhone-like platform” for health information technology (HIT), a more open and flexible approach than the architecture currently being contemplated, and one that holds greater promise for creating a consumer-oriented “Health Internet.” Obama Administration officials pledged at the meeting to have a pilot effort launched that could have real-time patient data accessible online this year.

The Children’s Hospital Informatics Program (CHIP) has been instrumental in connecting the public with health care issues through technology. CHIP created HealthMap, a website, blog and an iPhone app that tracks disease outbreaks in real-time. We featured their weekly H1N1 tracking updates over the last several months here on Thrive. 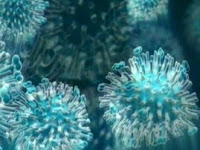